Microsoft has extended the cutoff date for PC makers to install XP on new systems yet again. The new date: May 30, 2009. Now, it may seem to you that this is hardly worth blogging about, especially since it's Jan. 9th, 2009 and the new cutoff date is little more than 4 months away. But, before you pass judgement on this particular post, consider this: THE ORIGINAL DATE FOR XP'S DEMISE WAS JANUARY 30TH......OF 2008!

It seems that Vista has just not taken off like the marketing gurus in Redmond told us it would. The original date of Jan. 2008 was made to make way for Vista which was released to the masses in early 2007. The idea was, since the people aren't buying Vista, and the manufacturers aren't loading Vista on new systems, we'll just take XP off the market, and the mindless people will HAVE to buy Vista.

Seems like that didn't work either. Now, here's the new dilemna: with Windows 7 scheduled for release this year, should users skip Vista all together, and just install Windows 7? Time will tell.

For the record, I'm writing this blog on a laptop running Vista Professional. Vista has matured enough for most applications. It just can't seem to shake the early stigma of being buggy when it first came out.

I wouldn't doubt that the XP expiration date gets pushed back some more. Far enough back that Windows 7 will be released to the masses, and users will be able to go directly to that OS from XP.

Tags:
XP
In Case You Think the Internet Is a Passing Fad...
Notebooks Sales Top Desktops For the First Time 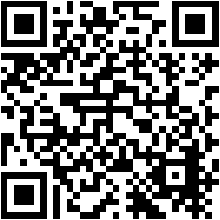