Windows 7 has been in Release Candidate status for a few months. We have received information from Microsoft that Windows 7 will go to RTM, or Release To Manufacturing on October 22, 2009. That means it will be released in its final production form, available for purchase.

Release Candidate downloads will end on August 20th. After then, you can't download the software, but you can still get a key for installation until the production date.

Microsoft is making a concerted effort to get the public to accept Windows 7. I have to say, it is pretty impressive so far, with my experiences coming from the Release Candidate software running on non-production machines. They are offering pretty competitive pricing on this new version of operating system, unlike versions of Vista.

So, if you have been thinking about taking Windows 7 for a test drive, hurry up and download the RC software before August 20th. You can do that here.

According To Amazon, You Don't Own It Even If You ...
Mega Telecoms under investigation by DOJ? 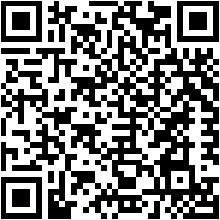