The Best Compliment a Business Owner Can Get

In the course of taking calls today during the Geek Free Radio Show  I received one of the highest compliments a business owner can get. The caller to the show just called to tell me two things. First, he sincerely appreciated the solid advice I was offering to the listeners regarding watching what your children do not only on the Internet, but while they are playing with the seemingly infinite number of game consols available today. He was referencing the segment of the show where I discussed how parents may often keep up with what their kids do when it comes to surfing the Internet, but often overlook what is happening when kids are playing with the gaming consoles. Many, if not most of the modern consoles have the ability for the gamer to play online (the Internet) either with or against other players across the World. A pedophile was recently captured in the US stalking a 15 year old child whom he befriended while playing these games online. The caller stated he had never really thought of video games having that ability, and it was certainly something to watch out for. That is gratifying to know you can help people when it comes to technology in other ways than just offering advice for repairing computer issues.

Oh, and the second reason for his call? Well, the caller offered that he was a former client of mine from a previous business from the days many years ago when we offered Internet access to Southeast Texas. It was nice to hear him talk about how we always treated our customers in a professional and courteous manner. That was just the icing on the cake! 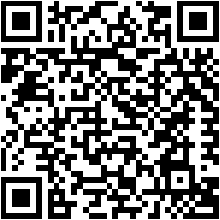