Be Careful What You Accept On Your Phone

The BBC is reporting that Etisalat, a United Arab Emirates telecommunications firm, sent a text about an update to Blackberry users, suggesting it would improve performance. Those who downloaded and installed the application, found their battery life reduced, and their cellphones crashing.

RIM, the company that makes the Blackberry, announced that this was an unauthorized update, and in an official company statement said, "Etisalat appears to have distributed a telecommunications surveillance application... independent sources have concluded that it is possible that the installed software could then enable unauthorised access to private or confidential information stored on the user's smartphone.", and "independent sources have concluded that the Etisalat update is not designed to improve performance of your BlackBerry Handheld, but rather to send received messages back to a central server".

Wow, spying on its own customers? If you can't trust your cell phone company, who can you trust? Be careful out there.

It's Official Now
How Much Storage Do You Need? 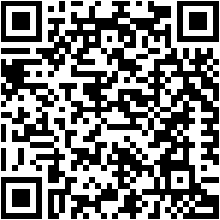