How to Prevent Server Problems Like Memory Failure from Hurting Productivity When your server experiences an issue, you have to act fast and take care of it before the issue turns into a problem. If a server problem is left unresolved, it can spread across your network and negatively affect operations. This is why it's best to take care of a server issue as soon as it's discovered.

A common server problem is... what was it again? Oh, right. Memory failure!

Causes of Memory (RAM) Failure
Sometimes, memory failure derives from not having enough RAM available to support all the applications that your staff is attempting to run at the same time. Not having an adequate amount of RAM may be due to using older hardware not designed for the demands of new applications. Also, if your business is growing, then you have to take into consideration that your increased workforce may be trying to squeeze extra work out of a server unit designed for a smaller operation. In a situation like this, fixing a memory failure problem is as easy as installing new sticks of RAM with increased memory capacity (as long as your server supports an upgrade).

If a server memory failure stems from a lack of RAM, then you're lucky. It's a fairly easy fix. If you're experiencing other performance problems due to corrupted hard drives, bad drivers, or other hardware issues, then you've got a bigger situation on your hands that will require extensive repair.

When a hard drive becomes corrupted, it has essentially gone bad or it's on its last leg. A corrupted drive must be replaced as soon as possible. A procedure like replacing a corrupted drive is much more involved than swapping out sticks of RAM. When replacing a hard drive, you will have to backup your data, reinstall your software onto your new drive, sync it with your system, along with a host of other steps that aren't recommended for a computer novice. You can think of hard drive repair like a major surgery for your server, kind of like a brain transplant. A job like this is best left to the professionals like the IT technicians at NetWorthy Systems with steady hands.

An Unchecked Issue with Your Server Can Turn Into a Major Problem
Whatever the cause is for your server's failure, you can't afford to sit on it and do nothing. A problem like this won't take care of itself, in fact, because everything in a computer network is connected, a problem like memory failure will only get worse and hurt the productivity of your company. Processor Magazine explains, "Memory failures are server-related problems that could have a negative effect on networking speeds, application performance, and much more. If you don't isolate an issue such as that right away, it could affect employee productivity, customer service, and many other business processes."

The Proactive Approach to Server Maintenance
The best way to handle a server problem is to take care of it before it becomes an issue. To catch a server issue early on, you need to have a server monitoring solution in place that provides you with alerts when an issue is detected. NetWorthy Systems can remotely monitor your company's servers with our RMM tools, and we can take care of any detected issues as soon as they're found. We also run regular server maintenance to keep your system running optimally.

This proactive approach to server care allows us to offer our managed IT services at a much lower cost than a break-fix IT repair company because we're able to remotely prevent expensive problems while they're still small fixable issues. This makes the cost of doing IT significantly less, and it saves money by preventing downtime from a server problem spreading across the network and derailing your operations.

Call us at 877-760-7310 to take advantage of preventative server care for your business! 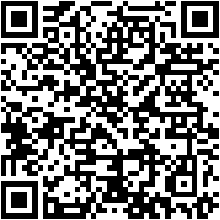