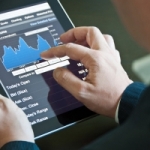 Tablets are definitely becoming a staple in the consumer electronics world. For the longest time, the tablet PC was an expensive, clunky device that just didn't wow consumers. Some businesses had adopted tablets back in the day, but they were difficult to use, hard to support, and they simply didn't perform for the price tag. However, like many consumer electronics, Apple reinvigorated the tablet market with the original iPad, and now it would seem tablets are here to stay. The question is, are they right for businesses?

Tablet devices are very similar to modern day smart phones. In fact, in most cases, the apps you run on the phone usually translate to the apps ran on the tablet. You get the basics; email, web surfing, streaming video, calendar, note taking, and more, but the difference is you get all that on a larger device. Ask yourself if you would like that basic functionality that your smart phone gets with a larger playing field, and you'll have a pretty good inclination of you want to jump on the tablet bandwagon. However, the future of tablets is looking even more robust; Microsoft's Windows 8 operating system is being built for both desktops and laptops and also tablets. This means you'll get the same OS you would run on a desktop PC on your handheld tablet. Although the hardware in a tablet isn't quite as beefy as what you'd find in a desktop, dual and quad-core CPUs and integrated graphics and generous amounts of memory are found in the cutting-edge devices, so expect tablets in the not-too-distant future to be major contenders to laptops as far as mobility and compatibility.

As for the tablets on the market now, there are plenty to choose from. Let's take a short look at a few of the leading contenders.

The Apple iPad established itself as the gold standard for tablets. The device is sleek, well designed, easy-to-use, and boasts a great set of features and capabilities. With it being the most popular tablet device, it also has the most apps developed for it. Remember, you can't just take software that works on your desktop and put in on a tablet; so you are limited to the apps available. Fortunately the Apple App market place is very extensive, and often enough when a developer makes software for tablets, they start with the iPad. The iPad2 starts at $499.

The Galaxy Tab is essentially the iPad's closest rival. Instead of using Apple's iOS, the Galaxy Tab is powered by Google's Android 3.0 Honeycomb OS. If you own and like your Android smart phone, you'll feel right at home with this tablet. Android's App marketplace is continually growing, and while it isn't as massive as Apple's, it's getting very close. The Samsung Galaxy Tab 10,1 is also $499, although some carriers offer a 4G mobile version for a little bit more.

Amazon's foray into the tablet world is a little smaller than the 10 inch tablets mentioned so far. The 7-inch tablet is also cheaper at $199, and packs quite a bit of functionality using Amazon's multimedia ecosystem. The Kindle Fire lets you surf the web, read books, watch streaming videos, and more. Since the Kindle Fire has just come out, it's a little too early to decide if it has what it takes for business use, but the low price makes it very attractive for multimedia and ebooks.

Much like the Kindle Fire, the Nook isn't really built to perform. At $250, the tablet is more geared towards handling ebooks, email and other basic multimedia.

Not the prettiest tablet of the bunch, the 10 inch Thrive is thick and heavy. However, it supports a full USB port, HDMI and SD card slot, making it easier to connect with other devices. The Thrive runs Android, so email, web surfing, and basic productivity tools are easy to come by.

There are dozens of other great tablets out there; many of which are provided by mobile carriers such as Sprint, AT&T and Verizon. Be careful when shopping around; most of the time carriers want you to commit to the device for two years - a long time in an emerging market. Not sure what tablet would be a good fit for your business? Give us a call at 877-760-7310. 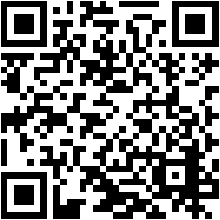