A Hard Look at a Four-Day Workweek 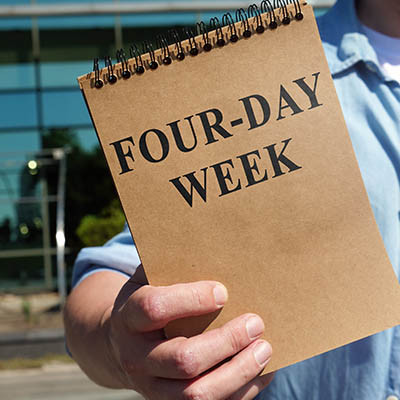 When you think about the workweek, there’s a good chance that some iteration of the 40-hour week, broken into 9-to-5 shifts on the weekdays is what comes to mind. It’s just the way things are done. However, this may not be a good thing. Let’s consider the origins of our modern work schedule, and how changing it could provide us all with some serious benefits.

A Brief History of Work and Labor

Let’s begin at the Industrial Revolution, where the morning-to-dusk hours of farmers and independent tradesmen were replaced by the inhumane hours that the factory system demanded of its workers. These conditions helped to inspire the limits that President Roosevelt placed on working hours as part of the New Deal, with the United Kingdom capping work at 40 hours not long afterwards.

With women surging into the workforce in unprecedented numbers during World War II and remaining there after the fact, and the surge in African American employment rising in the ‘50s, the factory layout returned to the office, desks crammed tightly together to make the most of available space. It wasn’t until the late 1960s that the cubicle was developed.

Along with the cubicle came other technologies intended to boost productivity. IBM introduced its electric typewriter and a business computer system. Technological innovations continued coming into the workplace throughout the 1970s, with the fax machine, laser printer, and floppy disk all being developed amid economic insecurity and rising sexual harassment awareness.

The 9-to-5 as we know it, as well as a focus on corporate culture, really arose in the 1980s. The World Wide Web was also introduced, opening the door for most of our processes today. The ‘90s saw the introduction of a few long-lasting business tools (mobile phones and email) and ones that didn’t last quite as long (the PDA).

After the turn of the century, employment opportunities largely shifted to knowledge-based roles, with many platforms and collaborative tools rising up in the aughts. The 2010s specifically saw services rise in importance, powered by technology solutions, which has continued into the 2020s.

Throughout this entire time, the 5-day/40-hour workweek implemented in the New Deal era has remained unchanged… despite our technological capabilities improving exponentially. Let’s examine some of the reasons this may be the case.

How Things Have (and Haven’t) Changed

It is important that we look back at how technology has developed and how it has influenced the way we work. For instance, while the technology available in the ‘50s and ‘60s may not have been as productive as the solutions we have today, it is also important to remember that it also allowed for a hard break from the office. Nowadays, we have the technology that keeps us in contact with work for all hours. This means that the lines can become blurred between work and home much more easily.

However, household roles have not changed nearly as much, with working mothers continuing their workday by caring for the family and preparing meals. This demographic also tends to be employed in high-stress positions, like those in hospitality, education, or healthcare.

A Four-Day Workweek Could Help Resolve These Issues

In addition to promoting an improved work/life balance, reducing the time spent in the office by employees (crucially, without reducing their take-home pay) can help make household responsibilities more equitable and easier to manage. It also improves the delineation between home and office by assigning an additional day as “off.”

Furthermore, it has to be said that a four-day workweek could significantly benefit the environment. Commuting creates a huge carbon burden through gasoline-powered vehicles and other ways, like meals in single-use packaging and the like.

If you’re worried that shortening the workweek might cut back on the productivity your business can see, don’t be. Research has also shown that the shorter workweek rarely has any negative ramifications on a business’ productivity. Plus, we can help equip you with the technology that can optimize your workflows, offsetting the potential for productivity loss… even if your business still follows the 40-hour tradition.

Learn more about how we can help your business accomplish more by calling 877-760-7310. 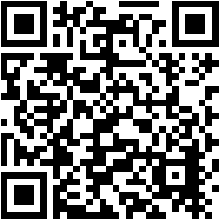