Google as the Technology Culture Curator Google is so entrenched in the culture of the planet that we no longer say, "Search for it", instead, we say, "Google it." Most of us use Google products on a daily basis that go beyond its search engine. From tablets and smartphones running Android, to Google's Chromebook running Chrome OS, Google is directly competing with Microsoft and Apple for the world's business and affection.

It's rare to see such a major company have such a positive and recognizable brand worldwide. This is largely in part due to ingenious marketing campaigns and powerful products that are user friendly and run on software that's open source, making Google's products ideal for independent developers. Google even has a feature length comedy film made about them called "The Internship" which gushes over Google's unique corporate culture and stars Vince Vaughn and Owen Wilson.

Google's ambition to change the technology industry can be seen with the release of groundbreaking products like "Glass," which uses augmented reality to revolutionize wearable technology. Google has also made a major impact with its online tools like Gmail, Google Docs, Google Drive, and much more. Many of us use these tools every day, but how many of us realize the influence Google has on the major decisions being made all around the technology industry?

As it turns out, former employees of Google are now running some of the biggest technology companies around the world. Take social media for example, Google is almost everywhere in some respect. Google's former Vice President of Global Sales and Operations, Sheryl Sandberg, is now the COO of Facebook. Dick Costolo, the CEO of Twitter, was previously a Google employee when his startup Feedburner was purchased by the company; and Kevin Systrom, who worked for Google in various capacities for two years, is now the CEO of Instagram.

This trend doesn't stop with social media. Former Google employees are CEOs, CFOs, CTOs, and COOs of companies like AOL, Yahoo, Snapchat, Square, Pinterest, and Buzzfeed. That's the short list and there are many more big names that are poaching Google employees for their "Googleyness" (their connection with Google). In fact, the only companies of note that seem not to be hiring former Google employees in the highest capacity are Microsoft, Amazon, and Apple, which are all direct competitors of Google in various capacities.

What sets Google apart from the pack? What is the secret to their success? First and foremost, Google has a knack for hiring the very best in their respective fields. Google is also intentional about creating an open minded and pleasant work environment. Employees at Google are constantly interacting with intelligent and self-motivated individuals who know what it takes to be successful. Combine this natural talent with an office culture that reduces simple everyday stresses by providing employees meals and allowing their staff to work from home, and all of this creates a more focused and productive employee that is fiercely loyal to the company.

Google's influence can now be seen in so many walks of life that it's hard to imagine a world without it; and with so many former Google employees at the reigns of other big companies this influence will only expand. Whatever your opinions are about Google, you can't deny that they're a major influence in the world of technology, which affects all of us. What lessons can we learn from Google? What strategies from Google can you apply to your own company to become more successful? Share with us your thoughts in the comments! 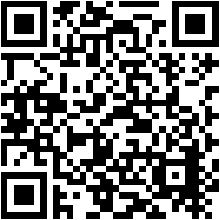