When it comes time to upgrade, many smartphone users will sell off their old device in hopes of making extra cash. However, if the phone's memory is improperly wiped, an experienced hacker can use advanced tools to recover sensitive data off the used phone. Let's talk about how this happens and what can possibly be recovered by a hacker.

The extent of what can be recovered off an old phone was determined by Avast. They recently did an experiment where 20 used Android phones were purchased off of eBay (phones that were wiped and reset to factory settings). Avast then used software like Oxygen Forensic Suite and AccessData's Forensic Toolkit to see what they could find. This simple experiment turned up a shocking amount of personal data.

That's a crazy list in and of itself, but it gets crazier when you consider exactly what kind of photographs Avast were able to find. According to Jude McColgan, Avast's president of mobile, the recovered photos included "more than 750 photos of women in various stages of undress, and more than 250 selfies of what appear to be the previous owner's manhood." Ay carumba!

A hacker that's obtained nude photos of their victims can seriously mess with their lives. Once the identity of the unclothed person is determined, the hacker can get what they want by using the pics for blackmail. Or, the situation can take a scary turn if the hacker takes a personal interest in their victim and stalks them...at night...from outside the bedroom window, or on Facebook (which can be just as bad).

In the same way, businesses selling off their used mobile devices without taking extra precautions to properly wipe their data, make themselves vulnerable to a breach. If sensitive company files were to end up in the wrong hands, a hacker would be able to do some serious damage, leaving your business with feelings of shame and embarrassment.

Let's say that you don't have anything to hide on your phone, but that you might have personal family photos. Photos often store metadata that includes information like where the photo was taken. This could reveal personal family information, which could be risky in the wrong hands.

Before you trade in your old Android device, you will first want to wipe its data with tools beyond what comes preloaded on the phone. Here are some solid apps from the Google Play store:

These apps aren't free, but it will be worth it to know for sure that, whatever you delete (especially those super-personal pics) will be permanently erased.

To get the ultimate piece of mind that your company's deleted data is gone for good, reach out to NetWorthy Systems at 877-760-7310. Our techs can give your old phone a professional wiping, and we can offer your company enterprise-level security solutions for your active mobile devices that will protect your business from hackers and viruses. Call us today and make sure that what's meant to be unseen, will never be seen again! 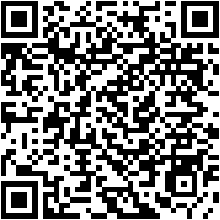