How to Leverage Parallelism to Up Your Productivity As unfortunate as it is to hear, science has pretty definitely kyboshed the notion that multitasking works. However, while multitasking may not actually have any true benefits to productivity, this doesn’t mean that there aren’t any ways to accomplish more in less time. Today, we’ll give you a better option than multitasking, a process known as parallelism.

On the surface, multitasking and parallelism might look extremely similar. Parallelism is the practice of enabling progress to be made on more than one task or project, simultaneously. Despite this perceived similarity, there is one key component to parallelism that sets these two processes apart.

Parallelism doesn’t require your attention to be devoted to both tasks.

Take breathing, for example. For most people, this process is absolutely instinctive, and requires no focus on their part to continue. In fact, it requires more focus to stop breathing than it does to continue. This is why we, as human beings, are able to accomplish anything. Since we can rely on our bodies to continue breathing, we can go about other tasks that do require our attention, like reading a blog post or calculating a budget.

Of course, breathing is one thing… how can we leverage parallelism to increase our business’ productivity?

Well, based on how parallelism has been described thus far, it would seem that the idea is that one task can be completed automatically, while attention is devoted to the other task.

Our business’ processes can have the same strategy applied through automation.

With the right solutions in place, you can have repetative responsibilities removed from an employee’s workload, allowing them to accomplish more of their focus-driven tasks in the meantime.

Of course, there are other ways to adopt organizational parallelism, too. Delegation has been a very popular option in business for a long time now. By having one of your employees focus on one element of a task, and another focus on a different one, you can effectively accomplish the same amount of work twice as quickly. The same concept works among different departments, as well. As long as one resource’s work doesn’t rely on another’s, you have a great number of ways that you can leverage parallelism - without putting the stresses associated with multitasking on your workforce.

Interested in adopting automated solutions to start becoming more parallel in your processes? Reach out to NetWorthy Systems at 877-760-7310. We can recommend the solutions that can greatly boost your productivity by allowing you to direct your focus elsewhere. Reach out today! 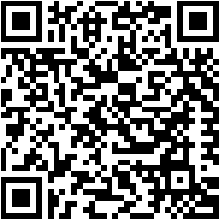