Social media has completely changed the dynamics of how people communicate with one another. While some users might only keep in touch with friends through it, others--including businesses and brands--use it to promote their products. In an age where a picture can appear on thousands of devices all over the world, privacy has become a major concern for anyone using social media.

Social media was built on the foundation of users sharing parts of themselves through the Internet, and in a world dominated by mobile devices, it’s not surprising that the majority of today’s computing is done through mobile platforms. One study found that in 2018, 69 percent of all American adults over 18-years-old used social media regularly over the subsequent year; this does not include YouTube as a social media platform. This number grows ever larger, particularly in regard to seniors. Nearly 40 percent of them use some form of social media--a number that has increased by about 200 percent since 2012.

Due to this increase, there is also a much larger group of individuals out there to steal money, information, and identities. Privacy concerns are prevalent in today’s social media environment, and users must be aware of how they are putting their data in harm’s way. Most people cite social media as a place where they can share their civil and political views, personal health information, learn scientific information, engage in job, familial, and society-related activities, and where they get most of their news.

As always, privacy will depend on how much an individual prioritizes the security of his or her personal information. If someone wants to keep a semblance of themselves private, they have to avoid placing that information in a public space like social media. As social media usage increases, the issue only grows larger. Add in the functionality that a lot of developers integrate into these websites and, before you know it, control over personal data is suddenly a problem.

Obviously, these platforms require you to give over some of your personal information to them in order to use the service, but when you begin to lose control over who has your data, and what data has been shared, negative situations can arise. A 2014 survey suggested that 91 percent of Americans have lost control over their data, and that advertisers and social media companies are taking more of their data than they even know.

Half of Americans know, and largely understand, the problems they face by having their information fall into the wrong hands. This leads them to be more proactive about securing their personal information. An issue everyone runs into, however, is that in order to use social media (or e-commerce for that matter), companies demand access to more personal information than necessary. By mining all this data, they then have carte blanche to do with it as they please, which can become a problem if that data is scraped by odious sources.

Why Stay on Social Media If They Are Stealing from You?

If you are at the beach and a professional lifeguard were to tell you that you need to get out of the water because there is a good chance you will be bitten by a shark, would you wade around in waist-deep water trying to spot the sharks? No chance. That’s why we scratch our heads when we see companies openly take our client’s personal information, the information they share, and their user histories to create a consumer profiles that will be sold for profit to advertisers. We constantly warn people to protect their personal information, and they consistently don’t.

We understand… maybe you use social media for marketing. Maybe you are one of the ones that are careful what they share with these sites. Maybe, you are comfortable with it and are one of the millions of people that trade their privacy for convenience. Whatever the reason is, if social media has become an important part of your life, you most likely have made some privacy concessions, knowingly-or-not, in order to use it.

Between social media and online commerce, more personally identifiable information is shared with corporations than you would ever knowingly share with your best friends. This speaks to just how oblivious the typical user is about their own personal information. People find value in social media. In fact, there are businesses that provide their staff with regular social media breaks as to not interrupt organizational productivity with social media. When you consider 30 percent of all online time is spent on social media (which only increases when people go mobile), you begin to understand that it carries value for hundreds of millions of people.

Are you concerned about your private information being tracked and shared by Internet-based services? Do you have a good idea about who has your personal information and where it is going? Leave your thoughts about this issue in the comments.

Facebook Twitter LinkedIn
Tags:
Internet Productivity Tip of the Week
How to Adjust Your Business for Collaboration
Tip of the Week: Match Word to Your Style 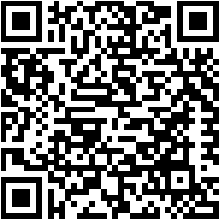