Technology Myths You Should Know

Working in in our industry we often hear people mention common beliefs about technology. Many of these common beliefs happen to be fictional so we thought we would let you in on some of the biggest technology myths that people believe are true!

My Computer Can't Get Viruses

This is typically said by owners of Apple Computers because for a long time Apple advertised that their computers were better than PC's because they were not susceptible to PC viruses. This may have been true at the time but since then internet hackers have written viruses that will definitely infect your Apple Computer.

Expensive HDMI Cables are Better than Cheap Ones

This one was actually busted on the television show Myth Busters. Jamie and Adam proved that there was no difference between the pictures on the TV using a cheap HDMI cable versus an expensive one.

This used to be true so to be fair it isn't surprising that people still believe that you must let your battery die before charging it to extend the battery life. Laptops and phones used to use batteries that were nickel based which required a full charge cycle 100% to 0 every couple of days. Since then most batteries have switched to lithium based which only requires a full charge cycle once a month. Lithium batteries also allow you to keep your laptop or phone plugged in most of the time if you wish to do so.

Private Browsing Makes You Anonymous on the Web

Private browsing or incognito browsing makes it so that your browser will not remember the history of where you have been while in a private browsing mode. Many people believe that being in private will make them completely anonymous on the web, which isn't true. If you are doing something you shouldn't online you will still get caught.

We have all heard the myth that if you unsafely remove your USB drive that all your files will be erased. While your files will most likely not be erased this myth does have some truth in it. If you remove the USB in the middle of a file transfer you may not get all of the files. If you remove it without clicking the safely remove USB you may cause some software clashes. Overall it is better for the health of your computer to safely remove any USB it won't necessarily erase your data. 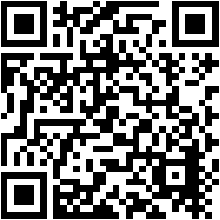