Windows 7 Support Available, For a Price Microsoft is coming to the end of its support for the wildly popular Windows 7 operating system, but that doesn’t mean that they won’t make a contingency plan for those organizations that haven’t yet made the jump to new systems. It just won’t be cheap. We’ll break down the upcoming Windows 7 end of life event, and how Microsoft is offering an olive branch of sorts to organizations that simply haven’t upgraded away from this OS.

Windows 7 was the most popular operating system the company known for its operating systems has ever had. More PCs ran Windows 7 than any other OS in history. To tell you just how popular it was, Windows 10 (Microsoft’s current OS) was launched in July of 2015, and was immediately offered to users running Windows 7 and 8.1 for free. That deal came and went, and despite all Microsoft’s efforts to get more people upgraded to Windows 10, it took until December of 2018 for Windows 10 to pass Windows 7 in number of users. Windows 10 is now running on over 700 million devices.

This push was a long time in the making; and, still, Windows 7 is running on over 600 million devices as of this writing. With end of support coming in January of 2020, Windows 7 still is run by over 30 percent of the devices in the world. As a result, there are people and organizations that simply will not be able to upgrade away from Windows 7. Regularly, this would be a moment of major trepidation for companies, especially. Unsupported software of any kind is a major problem, but with an operating system doing a lot of the heavy lifting, it is integral that an OS is running the most up-to-date security software.

For those organizations that, for whatever reason, can’t stop using Windows 7, Microsoft has your back. Noting the immense amount of PCs still running the OS under a year from its EOL date, Microsoft has made available Windows 7 Extended Security Updates. This program will add support through January 2023, giving these organizations a lot more time to figure out their next move.

The kicker is, that it is expensive. The add-on support will be sold per-device in one-year increments, with costs expected to double each year. To cover a single Windows 7 PC for three years would run about $175 if the company is already a Windows 10 Enterprise or Microsoft 365 Enterprise customer. If it isn’t (and doesn’t plan on becoming one), it will cost $350 per Windows 7 system. There are also additional fees for organizations that need to jump into coverage in years two or three.

Your options are pretty simple. Either ante up and upgrade to Windows 10, or ante up on extended support. Microsoft offers Windows 10 options for all types of organizations. Today Microsoft makes this easier than ever. The professional consultants at NetWorthy Systems can help you acquire and maintain any software solution you need for your business. We can deliver the on-premise or cloud-hosted solutions needed to get your business’ IT assets protected and routinely upgraded. Call us today at 877-760-7310 for more information. 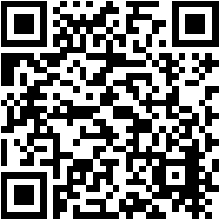