You Better Upgrade Windows 8.1...or Else! Well, that didn't take long. Eight months ago Microsoft released Windows 8.1 and now they're sounding the alarm that users better comply and install the latest updates or lose security support from Microsoft. What makes this news peculiar is that it took 12 years for Microsoft to reach the same verdict with its popular Windows XP operating system. What gives, Microsoft?

Is Windows 8.1 the New Windows XP?
Let's turn to Microsoft's official blog to find out why they're implementing this strong-arm tactic on their latest OS:

Translation: If you use Windows 8.1 and you fail to update it by Microsoft's upcoming deadline of May 13th, then your system will face similar security vulnerabilities as a user running the outdated Windows XP. Technically, due to the newness of Windows 8.1 the risk of running an outdated Windows 8.1 will be significantly less than running an outdated Windows XP. However, from an astute hacker's perspective, the nature of the risks from both outdated operating systems are similar. Basically, any system that's not actively receiving security updates is vulnerable to threats that specifically target the much-publicized vulnerability.

Why Would Microsoft Do This?
Microsoft is taking a new approach with its system updates. As reported by The Motley Fool, "Microsoft is attempting to shift its update model away from big releases into a more rapid cadence of feature improvements. To accomplish that, the company has to figure out how to change consumers' attitudes toward installing Windows updates."

It's Microsoft's desire to have users enable the Automatic Update feature on their operating system so that this "rapid cadence of feature improvements" will happen automatically. This way, Microsoft won't have to make a big to-do every time they release an upgrade because ideally, all of their users will be on the same page.

How is All of this Going to Play Out?
In theory, Microsoft has the right idea in terms of efficiency and making sure that everybody using their software has the latest features and security updates. However, it has yet to be seen how well this update-or-else strategy will play out because PC users tend to not worry about managing security patches and updates.

Because major system updates like these require a reboot (which requires users to close all of their open applications, including their web browser with its multiple open tabs), many users will put major updates off because they don't want their workflow disrupted. If a task like this is put off, then there's a good chance that it will be forgotten about.

Why then doesn't everybody just enable the Automatic Update feature? For the same reason that many people are gun-shy about signing up for automatic bill payments; they prefer to be the one's calling the shots on what's happening with their PC.

In light of the worldwide uproar created when Microsoft ended support for Windows XP, along with the tepid sales figures from Windows 8.1, it's surprising that Microsoft would use such a forceful tactic to get users to upgrade. However, a move like this may be better for everyone in the long run if it gets more users to run updated software.

Tags:
Upgrade Microsoft Windows 8
Space Technology Repair By Chewbacca
Alert! Major Bug in IE for XP is NOT Getting Fixed 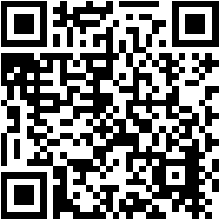