There are three primary categories of what the public deems to be IoT devices:

Machine-to-Machine: Efficiency to the Max
We live in an information age, and machines have to communicate with each other in order to function properly. This is especially important for medical, industrial, and office-operational equipment. This is called machine-to-machine communication (M2M). This makes sharing easy between systems. Variables, like heart rate or temperatures, can be shared instantaneously if need be.

But should M2M technology be considered part of the Internet of Things? Arguably not. In terms of principle, M2M technology isn’t changed by the IoT, but it has been made more affordable and readily available. According to Bernie Anger of General Electric, the spread of M2M technology can be attributed to several changes:

Smart Systems and Bluetooth
One other technology that’s been around for a while, but not necessarily changed by the IoT, is what can be called a “smart system.” These communication systems are generally used for diagnostics or repairs, such as oil rig engineers using iPads while in the field to communicate with home base via a satellite signal.

That seems a lot like Bluetooth technology, doesn’t it? Bluetooth uses a device to communicate with another via a wireless connection, not unlike the above situation. Consumer-grade devices are basically just using this same technology (sort of like an IoT product) for new and improved purposes. It’s as simple as innovation versus rebranding. Innovation is taking something old and using it for new purposes, which doesn’t necessarily qualify as Internet of Things worthy.

So, if none of these devices fall under the category of “Internet of Things,” what does that mean for this new phenomenon? Basically, the IoT is a mismatched group of technologies being used for new and improved things, given a title which doesn’t really apply to them. If your business is looking to succeed in this new era of mobile technology, remember the differences between these three groups of devices, and you’ll surely be able to find your own definition for the Internet of Things. What are your thoughts on these new tech trends? Let us know in the comments. 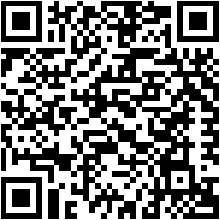