Each year in the technology world it is inevitable that we are going to get the latest and greatest gadgets and programs. With the new year right around the corner we are starting to get antsy about what new technology products we can get our hands on in 2015! What are you hoping it will be this year, a new iPhone, maybe a hover car? (Okay, probably not a hover car but there is supposedly a self-driving car on the way!) We did some digging for you to find out what we can expect out of technology in 2015. Take a look and tell us which one you will be waiting for!

Self-Driving Cars- Starting in January of 2015 self-driving cars are going to be allowed on the road in the UK. Though it has been said that they will not be allowed to hold passengers just yet. Perhaps the US is going to see how it goes over there before we start using them too.

Apple Watch- The Apple watch will supposedly make its debut in the spring of 2015. The speculation is that the apple watch will change the way people do business on a day-to-day basis. The watch will be compatible with your iPhone.

These are our most anticipated technology items for 2015, what are yours? Have you heard any rumors swirling around the Internet about cool gadgets?

Facebook Twitter LinkedIn
Information Technology at the Movies
Tip of the Week: How to Find a Missing File 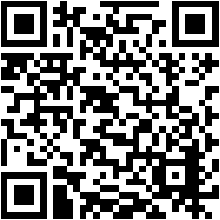